Welcome to the continuing monthly EVE Blog Banters and our 74th edition! For more details about what the blog banters are, please visit the Blog Banter page.

So when this Blog Banter goes live, Fanfest will be over. Hungover geeks from around the world will be departing Reykjavik after a five-day binge of important internet spaceships and partying. Whether you were there in person, watched the streams or read the dev blogs on your mobile hidden under your work desk there was probably something in there that gave you a “nerd-boner”. What for you personally was the most important thing to come out of Fanfest 2016? 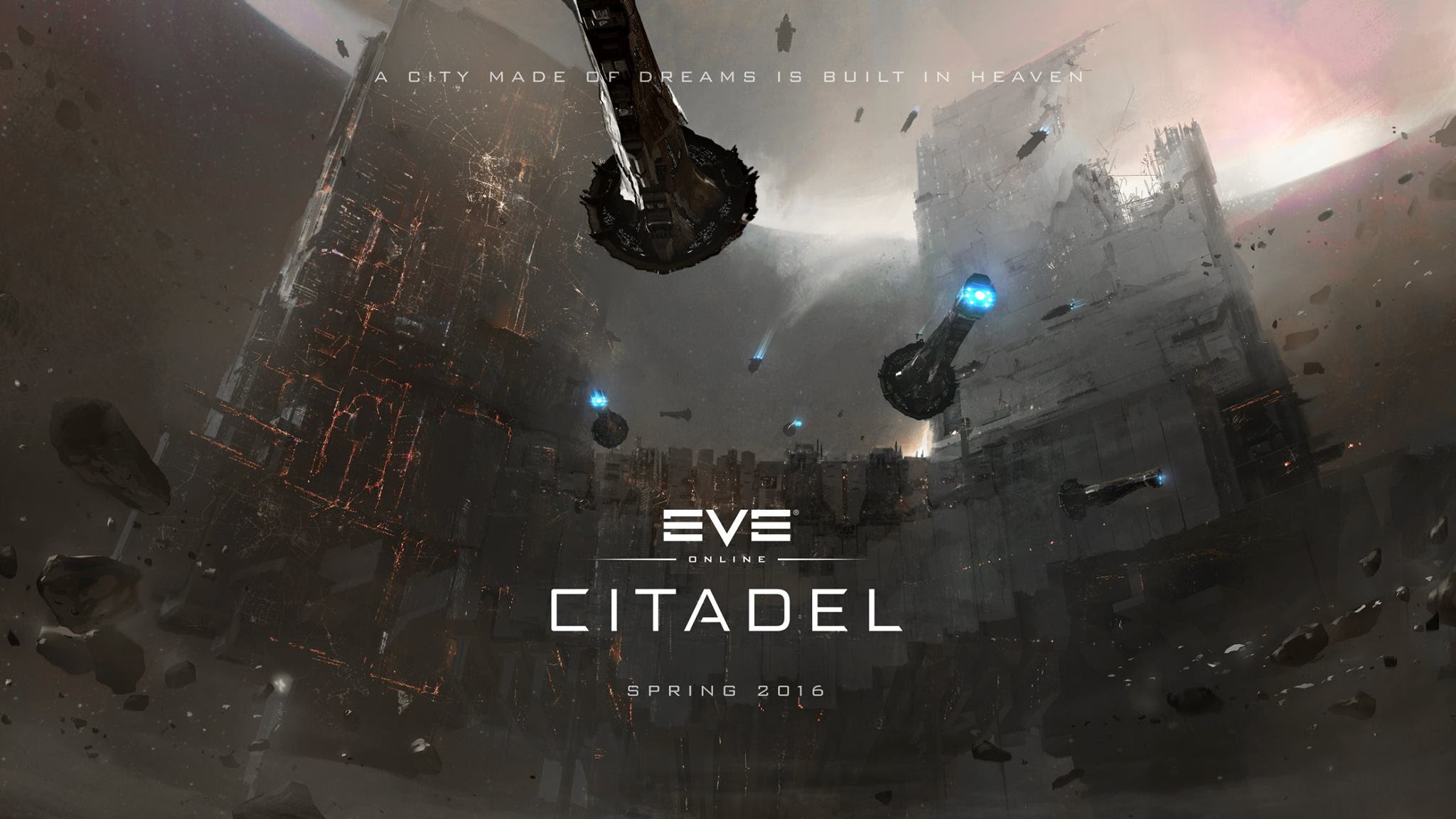 Hmm how to start this off... let's go for the swag stuffs:

Citadels
Love it or hate it, this patch release will shake up the entire Eve universe; not only in Null Sec where we are going to witness those Citadel Doomsday whelp fleets but in High Sec where market traders decide whether to 'pvp' in a citadel or in an NPC station. As a PI manufacturer, Citadel release probably made me about 2b richer thanks to price spikes :D

NPE
While nothing concrete was given during the presentation, CCP Ghost seems like crazy scientist determined to find that magic treat to suck new Eve players into the game. I believe he's the right direction and hope he finds the answer ! (Biased since it will make it easier for newbie-friendly groups like us to get them up to speed :D)

Faction Capitals
Being in Syndicate means Moros are usually mainstay in capital fights and with Vehement's (Serp Moros) stats I can see demand for it; already some of my alliance mates are itching to splurge on it :D

Now for the pukes from all that drinking from Fanfest:

Citadels
The rush nature of implementation (potential bugs) of it and coupled with 'in the middle' roadmap keeps nagging me inside. Yes bugs are going to be fixed and the rest of citadel module/structure/mechanics will be released eventually but it leaves me that 'CCP Over-promise' feeling.

CSM
I will post a separate analysis post regarding this but I'm definitely sad about the Null Sec heavy composition.

When I last posted, Syndicate didn't see much action despite INIT. having moved in for a while. Well since then LAWN, Razor and SMA (Outer Ring) have joined in and as a result the structure bashing in Syndicate gained a lot of steam. While INIT. did bash some of our structures but by luck or by chance they didn't finish the job after reinforcement so hopefully it stays that way.

For those people still hunting them, I did some research via killboard so these are the likely places (constellations) that they will occupy.

INIT.
Their current staging system is at X-M2LR and when they are not acting as the new PF-346 gatekeepers, they are structure grinding towards the north-east of Syndicate.

LAWN
They are currently structure bashing around SKX-PL which is likely to be their area of operations given close proximity with Outer Ring (SMA).

Razor
I haven't seen them yet so I have no idea where are they going to settle down. My best guess is that either 6-V49K or QS-FVH given the close proxmity to Outer Ring.

I looking forward to what CCP is going reveal at this fanfest especially regarding Citadels and CSM Poll Outcome.

Strontium price in Jita stabilized and if you still have a stash, better cash it out since the demand comes mainly from Sov lasering in the North and Drone Lands. Once the dust settle I believe the price will crash down.

P4 PI prices have largely settled down but some P2 and P1 are still overpriced. I expect most P2 prices to fall below 20,000 isk and P1 to fall below 1,000 isk. That being said, latecomers for citadel manufacturers might spike the market on citadel patch day.

Last but not least, I will end my post with a MBC propaganda picture :) 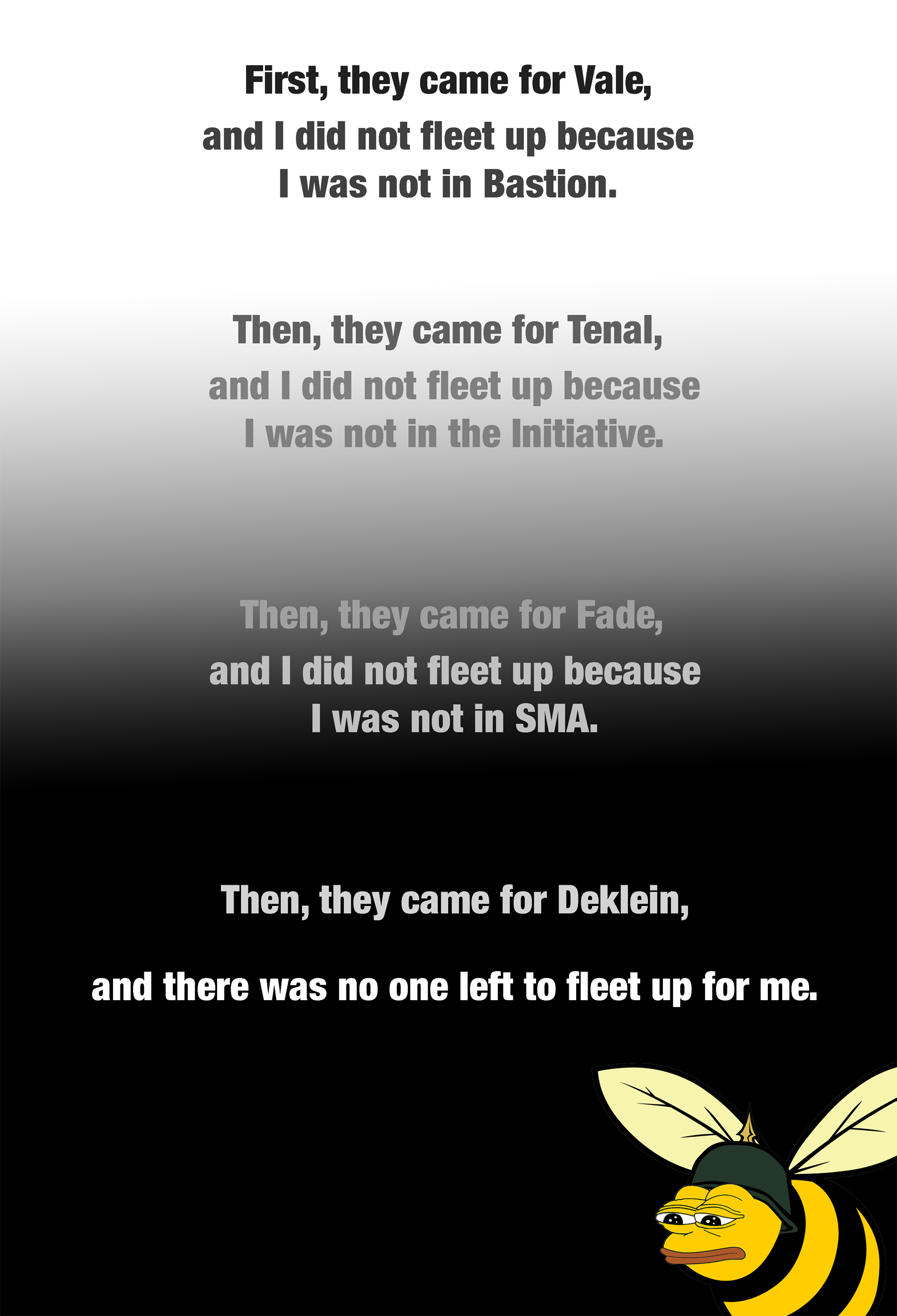 Damn quiet ever since Money Badger Coilation or MBC got stationed in Venal and for all that Goon spin about Initiative burning Money POSes down in Sydnicate, I guess most of them have pulled back to defend their own region (Tenal) with some trying to alpha pop us in our station undock.

But as i started to write this post, someone in fleet probed down a WH with a POS coming out of RF timer. With no defenders, we popped the pos, lo and behold 2b SMA containing a Chimera. Apart from that loot we also scoped Iteron V filled with fullerites, deadspace-fitted Rattlesnake, several yachts and ventures

For now I think citadels are riddled with bugs at the moment with my toon stuck in the large citadel when trying to undock.

Market Thoughts
As shown by my main toon bio, I sell ice products as well as P2 PI. Due to citadel speculation, PI prices have risen considerably.
For example, Polyaramids used to sell @ 12k per unit which roughly equates to 900m per month income based on my extraction setup. But with it @ 19k per unit, your income comes up to 1.2b per month.

Strontium have been added into the Fuel Block BPO which cause the current rise from 1.5k to 5k per unit. My thoughts are they will remain in high demand until POS features are removed from the game. Hence my 2 isk in the short-medium term is to cash out on strontium when it's hot.

TDLR: 200T Faction XL Citadel where only one can be anchored at one time

This is probably the last straw that broke Gevlon Goblin's back and is leaving Eve given his views on Citadels as pay2win.

If you have been living under the rock, the title link is basic guide regarding the ongoing World War Bee.
As much as I hate to drop corp, so Spectre Fleet, HERE I COME \o/


Syndicate
Alot of pew pew going on with Initiative being deployed in Syndicate and while OSS seems to have left the region (probably for Querious) after Goons pew pew their moon poses down in BMNV-P and X-M2LR.
That being said, I ended at the wrong end of PvP, losing my mackinaw in ice belt as I warp off  my orca pilot instead of Eliz. While I was a tad butt-hurt but a mistake happened and sometimes it's that mistake that catches you.

Citadel Markets and Taxes Update
Apart from the issues raised from the earlier post, CCP released updates and additional information regarding reprocessing rigs and their base refines. While I like the jump clone fee reduction, the stick used to push people to Citadel still rubs me the wrong way. The following posts are opinions from other bloggers from this potential change.

Marketforisk's PLEX perspective on CCP Quant Feb 2016 Data
While the devblog is out in the wild for some time, marketforisk used the data to explain the upward trend of PLEX as well as CCP's search for that 'money' isk sink.

Eveeye Maps
A new Eve tool popped out this week and I must say whoever was on this project did an excellent job on it.
Posted by Eliz at 11:20 PM No comments:

This post is more of weekly post of what's happening in Syndicate and Eve news that related to my play-style.

SMA vs IWANTISK
While most of the activities are happening in Fade and Querious, fighting spilled over to Syndicate with prominent Goon alliance The Initiative being deployed to attack OSS and Suddenly assets specifically in X-M2LR.

With lighting rod fighting so close to our base of operations, third partying into the fights might be an option especially CAS Combat Day happening today \o/

CAS Combat Day (CCD)
What is Cas Combat Day? It is summarized in this post but basically it's a newbie NPSI roam across nullsec and lowsec. So if you want some action with us, please drop in some spais in fleet and wipe us out !! This CCD is especially unique as it is the 8th Year Anniversary for this event and I hope to get on to fleet; albeit later due to TZ mismatch :(

CCP Quant Feb Economicy Report
I had a quick look through the graphs and had a good chuckle when I compared Fade to Syndicate region. Given the difference in true-sec plus being a SOV region, I guess Fade have been hit hard given the quietness of Syndicate for the past month.

Skill Point Gift for Server Woes
By the time of posting, the you should be able to get 200k SP given by CCP.

Citadels: Market & Taxes Feedback
That reddit thread is a mess to filter through so I suggest you take a look at this blog post by Jan Irvam as a summary.